Idyllic is quite easily the best description of Wales. Plentiful sheep wandering the lush green landscape, rolling hills, and slate boundary walls that wind along the roads, all calmly demanding serenity. My itinerary mostly revolved around visiting the many castles in Northern Wales, while staying in a little town called Dwygyfylchi. The proximity of places to visit required a lot of driving. Being able to freely travel to various towns, engage with the Welsh people, and general observations, helped shape a better understanding of Wales. Beyond the norm of beautiful landscape and delicious food, I always like to give insight on other interesting facets after visiting a country. 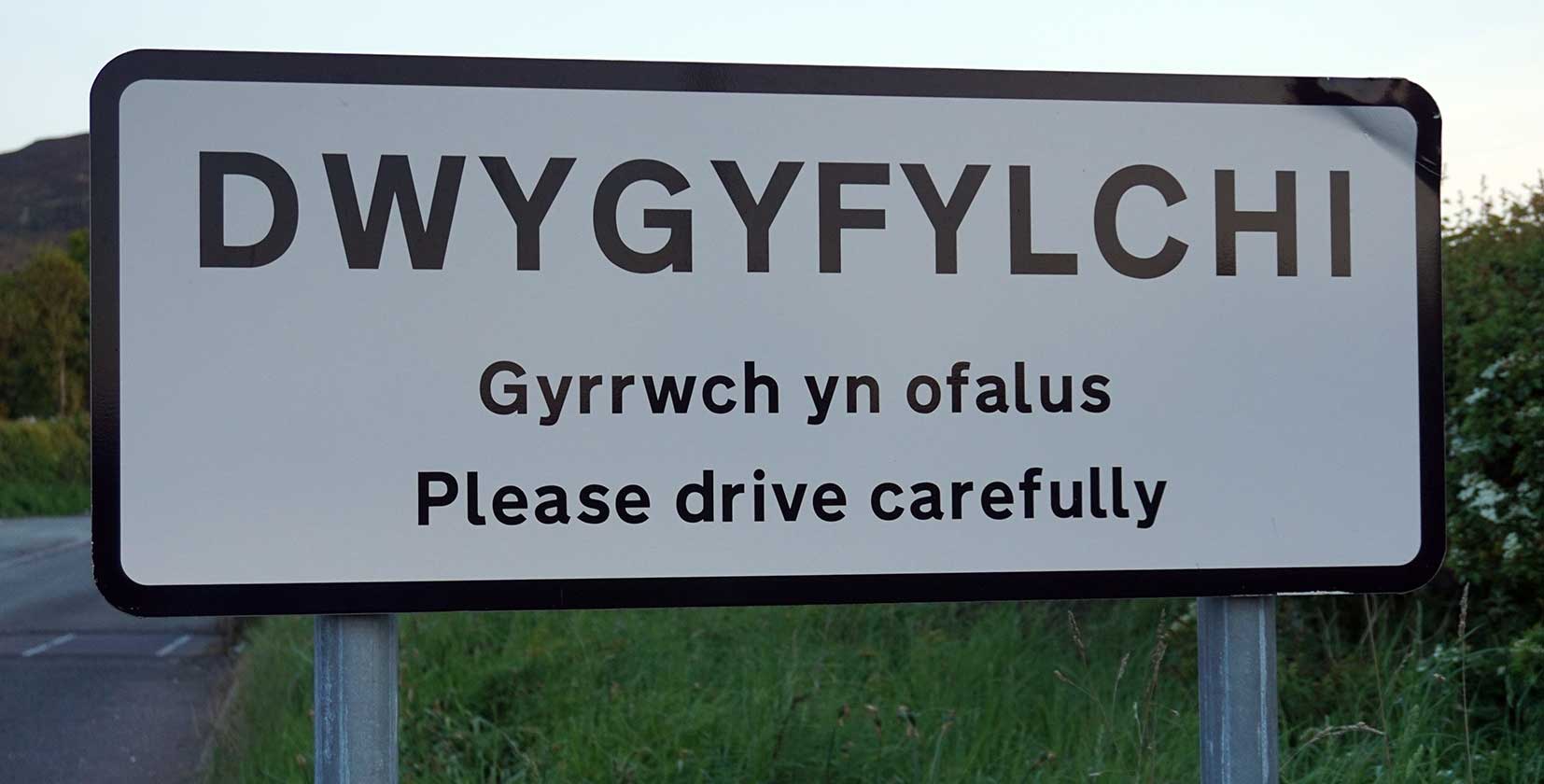 Smaller is Better in Wales

If you’re coming from the United States, you’ll probably feel uneasy about the size of the roads and cars. If you rent a SUV or luxury car, you’ll regret that decision very quickly. Wales is an old country and its infrastructure was developed for smaller transportation. Speedy highways eventually dump you into historic towns that enable a claustrophobic sensation. The streets are narrow, roads are winding, and parked cars can often dominate the streets. Compact cars prevail, not only to navigate the small roads but also for parking. If the narrow roads weren’t problematic enough, parked cars can easily crowd curbs and roads. Since space is at a premium, parking lots are small or nonexistent, thus why curbside parking is mostly allowed. Weaving around parked cars while watching for oncoming traffic was often intimidating. It was difficult to know if parking on the side of the road was proper, since in the United States we’re paranoid about tickets and towing. Since curbside parking could occur seemingly anywhere, roads were often reduced to one lane for two directional traffic. On top of that, there’s an extra obstacle—winding roads. Already white knuckled, you’ll eventually serpentine around tight curves. Thinking you’re driving as fast as you can down the winding road, you’ll eventually get passed by a local. Despite this, there are silver-linings. The Welsh people were amazingly polite. At every shared junction of impeded road, there was always a wave, and never a honk. I simply never encountered rude gestures or impatient drivers. Instead of being fearful, I began to enjoy driving. This was a stark contrast to landing in Chicago and driving on six-lane highways with drivers passing impatiently on all sides, honking incessantly, and the prevalence of rude finger gestures.

Much like Iceland and other foreign language countries I visit, I try to learn as many words and phrases as possible. I’ll never be fluent, but at least trying to speak the language shows respect. The Icelandic language is quite hard, for a non-linguist like myself. However, the Welsh language in some ways was much more difficult. I initially started learning the simple “Yes” and “No”, but that proved to be daunting. For example, from wikitravel.org:

“There are no exact equivalents of “yes” and “no” in Welsh; the concept is conveyed grammatically with regard to agreement between the person and tense by indicating agreement or disagreement e.g. “yes there is” or “no there is not”, which is said in different ways depending on how the question was phrased. If the question begins “Oes…?” or “A oes…?” (“Is there…?”) then the reply is “oes” or “nac oes”; if the question begins “Ydy…?” (“Is…?”) then the reply is “ydy” or “nac ydy” etc”

Luckily, being in the United Kingdom, everyone who spoke Welsh could also speak perfect English. The fluidity of hearing someone speak in Welsh, then quickly transition to English was incredible. Although everyone can speak English, once you cross into Wales, all road signs are written in Welsh and English. The long names reminded me a lot of Iceland’s road signs and cities. Dwygyfylchi, where I was staying, initially resembled a misspelled word—there seemed to be too many Y’s. After scouring the internet for the correct pronunciation, knowing eventually someone would ask where I was staying, I found an audio clip. However, after meeting the owner of the house I stayed in, he gave the correct pronunciation:

Despite the fact that everyone can speak English, it’s always a wise idea to learn the official language. Duolingo offers Welsh language lessons, which I highly recommend.

If you’ve read any of my other travel posts, I thoroughly enjoy museums, historic sites, and nature. The biggest reason I was visiting Wales was because of their myriad of castles. From dilapidated to pristine, there’s an abundance of castles to see. Wales’ tourism touts that there’s over 600 castles in their country. I fully understood going into this journey, seeing a selective 15+ castles in Northern Wales, could quickly become boring. Did that happen? Yes and no. The unique variety kept my interest, but, at the same time, they started to look similar. Beyond castles there were other historic sites, like abbeys and burial chambers. Breaking up the castle visits with other historic sights was incredibly helpful. Regardless, it was worth the effort and pictures never quite capture the full beauty.

One of the most unique aspects while visiting Welsh castles is how well they’re being cared for. At least two of the castles were being maintained by about thirty stonemasons. Repairing cracks, removing unwanted plants that found their way into crevasses, and just general maintenance. It might have been a nuisance for some, towers blocked off with surrounding scaffolding, but preserving history is always a welcoming sight. Moreover, most of castle employees were retirees who volunteered to give back to their community and help educate. This volunteerism was on full display at Penrhyn Castle as a woman played the piano in the Great Hall for several hours straight. Because of her commitment, the music enhanced the experience. This speaks to a culture that prizes their history and is willing to give back to their community.

Below are the attractions I visited, from castles to burial sites. This is a good list for anyone interested in Northern Wales’ castles, abbeys, and burial chambers: